The one I want to experience today is the TWS OEM TW16 true wireless Bluetooth headset launched by Enle. The biggest feature of this headset is that it is quite functional. Let's take a step by step understanding. www.bjbjaudio.com 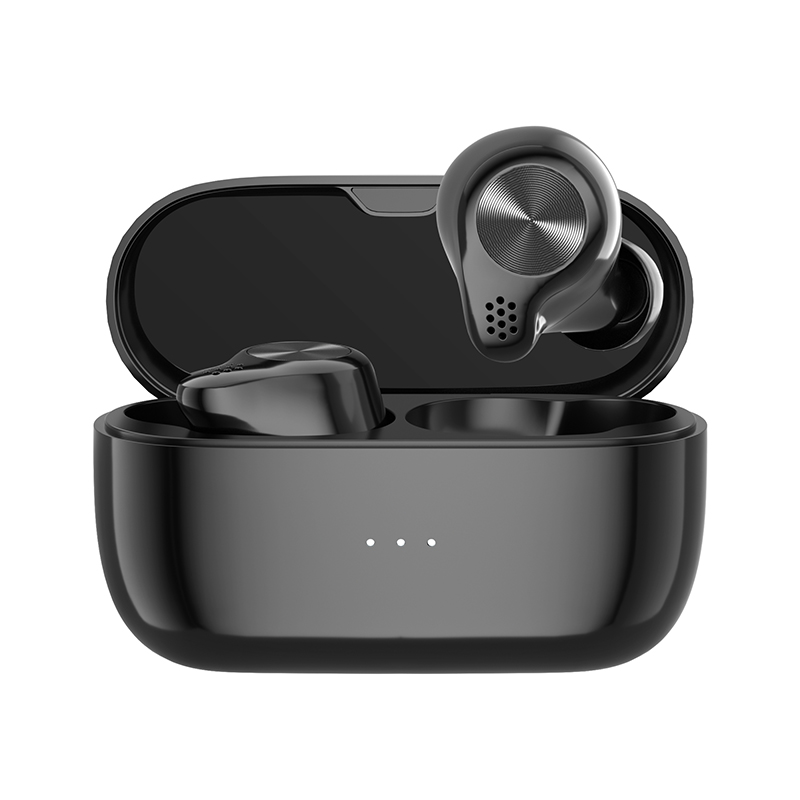 The earphone box adopts the more common magnetic suction opening and closing and the magnetic suction charging of the earphone body. The two metal contacts raised inside are the charging part of the box. When the headset is charging, the LED light on the top will light up in red. The unique feature of this headset is that it can be connected to a mobile phone while the headset is still in the battery box. At this time, the mobile phone will be displayed with a blue LED light. www.bjbjaudio.com

And there are two small transparent dots on the cover of the charging box, which are exactly the positions corresponding to the LED status lights of the headset, so you can judge the status of the headset through the LED lights on the box without opening the cover. The design of this small detail is quite good, and it will be much more convenient to use. www.bjbjaudio.com

There is a function key on the back of the charging box, through which the charging or connection status of the headset can be switched. Although this function improves the efficiency of connecting devices, it is also prone to accidental touches, so pay attention to it in daily use. In the center is the USB charging port, and next to it is the LED indicator light. www.bjbjaudio.com

There are two charging electric shocks on the bottom of the earphones, as well as the logo of the left and right earphones. The top of the earphone is a transparent part. Through this structure, you can see the double moving coil inside. The earphone conduit part is a metal part. It can be seen that the overall design and materials of the earphone are very careful. www.bjbjaudio.com

The top of the back of the headset is an LED indicator light, which is red in the charging state, blue when connected, and flashes in red and blue in the pairing state. The design of this part is basically more general. Below is a metal button with concentric circles depicting lines, and below the button is a radio microphone. www.bjbjaudio.com